This is prostate cancer, not politics

Last Saturday I had the distinct privilege of listening to Dr. Fritz Schröder (above) during a one-hour lecture on prostate cancer screening at the United Services University in Bethesda, Maryland. If you don’t know his name, than you at least know his research. Schröder’s the lead author of the European Randomized Study of Screening for Prostate Cancer (ERSPC) initiative. The New England Journal of Medicine released the ERSPC’s 11 year data in March. [1] You’ve probably also read his paper analyzing the effects of prostate-specific antigen (PSA) screening on the risk of developing metastatic prostate cancer, which European Urology published in November. [2] These are two landmark papers in the field of urology.

However, when you consider Saturday’s lecture in its entirety, the research–the sheer numbers, percentages, and statistics–was far from the most impressive part.

During Saturday’s lecture, Schröder stayed above the politics. He didn’t insult the USPSTF or undermine their authority. Schröder simply stated his data didn’t agree. He also said, “I don’t expect new data from the PLCO.” (The Prostate, Lung, Colorectal, Ovarian Cancer Screening Trial is a separate, American investigation into prostate cancer screening. The USPSTF used the PLCO as the foundation for their recommendation. Here’s the punchline: The PLCO is unanimously accepted as a flawed investigation into PSA-based screening. You must understand the dire shortcomings of the PLCO trial to appreciate the humility, grace, and comedy of Schröder’s statement.)

What would you do if you had completed the most comprehensive and arguably “best” prostate cancer screening study in the world only to have the USPSTF ignore it outright? Would you go on a tirade about how the USPSTF played politics and, in the process, likely adversely affected the cancer-specific health of millions of men across America?

Or would you say, “The data doesn’t agree,” liberating resolution to the autonomous, scientific minds.

Schröder is a true scientist. Science stands above politics, which is exactly why urologists are listening to Schröder, not the USPSTF.

My urology career is in its infancy, but this lecture will be a bookmark. 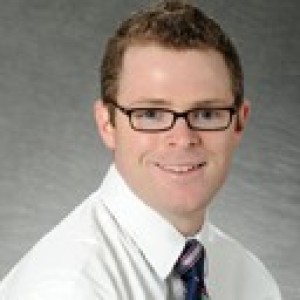